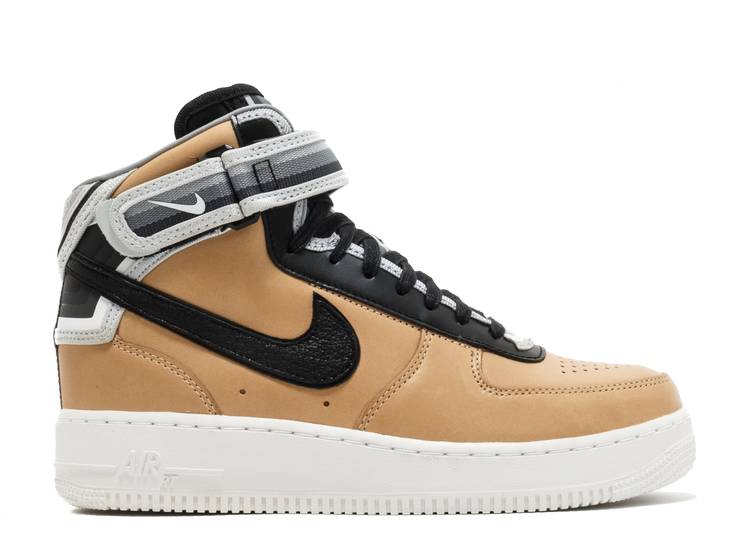 Part of a larger collaboration between Riccardo Tisci and Nike, the Air Force 1 Mid Sp/Tisci 'Tisci' released in 2014. Featuring a premium Vachetta Tan leather upper, black leather accents on the Swoosh, eyestay and tongue contrast the design. Supported by a greyscale ankle strap, an aesthetic matched by the tongue and heel, the white Air midsole sports co-branding. Perforations on the toe box are included for breathability.