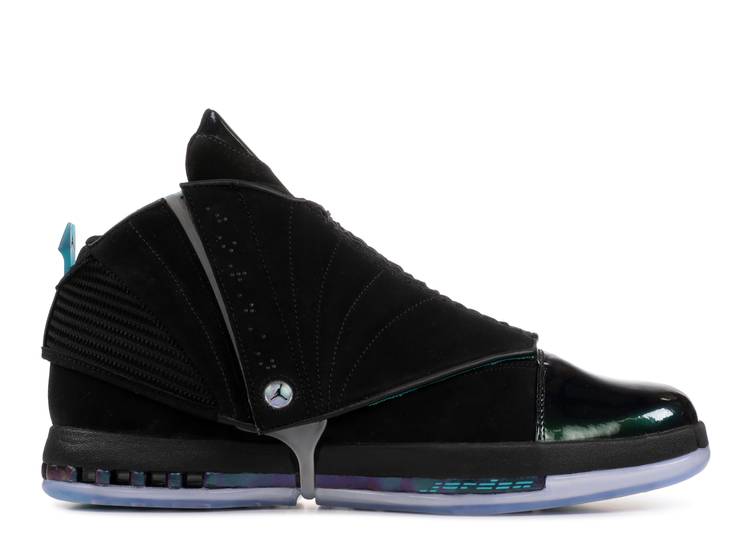 Michael Jordan purchased a majority interest in the Charlotte Bobcats in 2010, becoming the first former player to acquire an NBA franchise. The team became the Charlotte Hornets again in 2014, with the team in mind designing the Air Jordan 16 Retro ' CEO. ' Hits of teal and purple accentuate the black top, while iridescent details give a shine. Every pair is numbered separately behind the tongue, limited to 2,300 pairs.