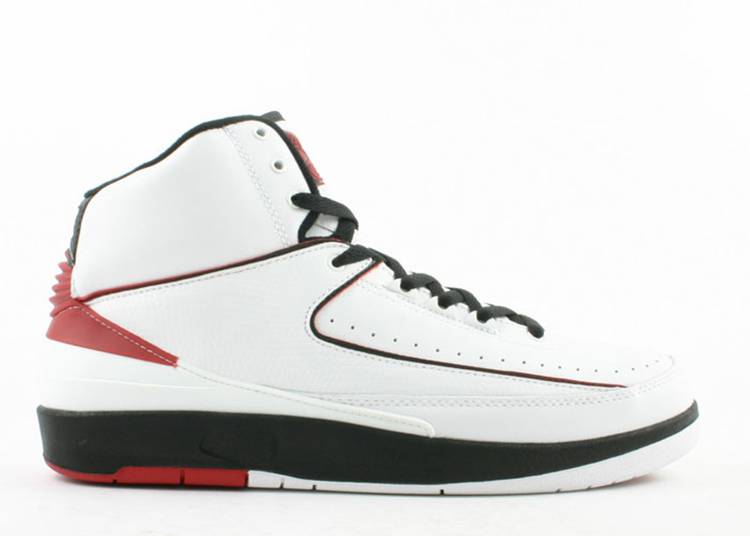 Bruce Kilgore defied conventional footwear design in 1986 with the Air Jordan 2. He removed the intricacies of the shoe and instead concentrated on asymmetric and textural aspects while retaining the highest performance elements. The Air Jordan 2, re-released in 2004, features the initial color scheme with upper and black white leather detailing on the laces, lining and midsole. The Varsity Red accents on the heel counter, outsole, lining and tab highlight the colorway.