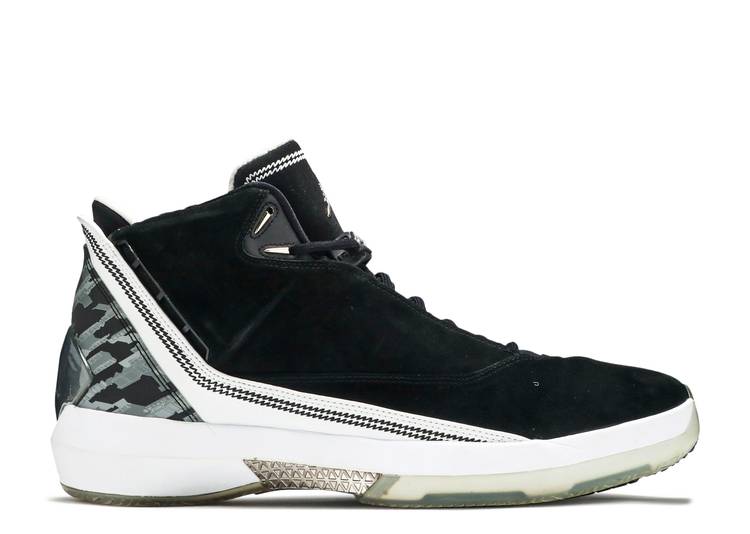 Part of the Air Jordan Countdown Pack from 2008, the Air Jordan 22 Retro 'Countdown Pack' relesed alongside an exclusive rendition of the Air Jordan 1. Featuring a black nubuck construction, the mudguard, midsole and sockliner contrast the look in white. The design, inspired by the renowned F-22 fighter jet, also sports radar-inspired stitch patterns, while a titanium midfoot shank is included for stability.