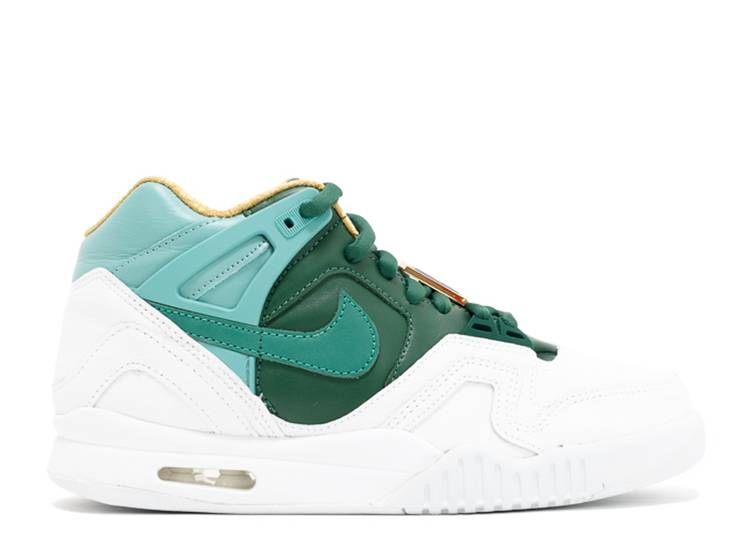 Making its debut in 1989 as Andre Agassi’s signature shoe, the Air Tech Challenge 2 paid homage to the 90s tennis icon’s preference for big hair and bright attire. Released in 2014, the ‘Wimbledon’ model, however, tones things down with simple white and green shades, a reflection of the formal dress code—and famous grass courts—of the All England Club.