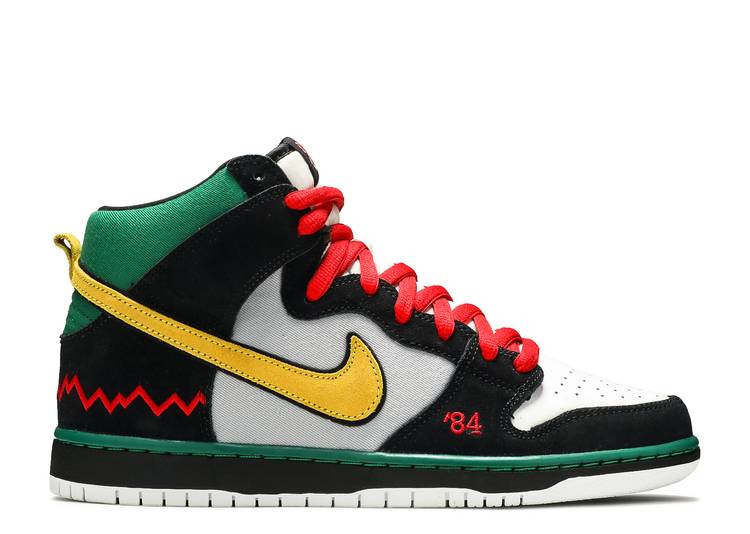 For Black History Month 2013, Nike SB paid tribute to Chuck Treece, one of the first African American skaters to be featured on the cover of Thrasher magazine, which he did in 1984. The black, green, yellow, white and red look is modeled after that cover, while the tongue and shoe name represent his 80s rock band, McRad. The right toe features '84' as a nod to the year of his Thrasher appearance, while a custom insole features him skating.