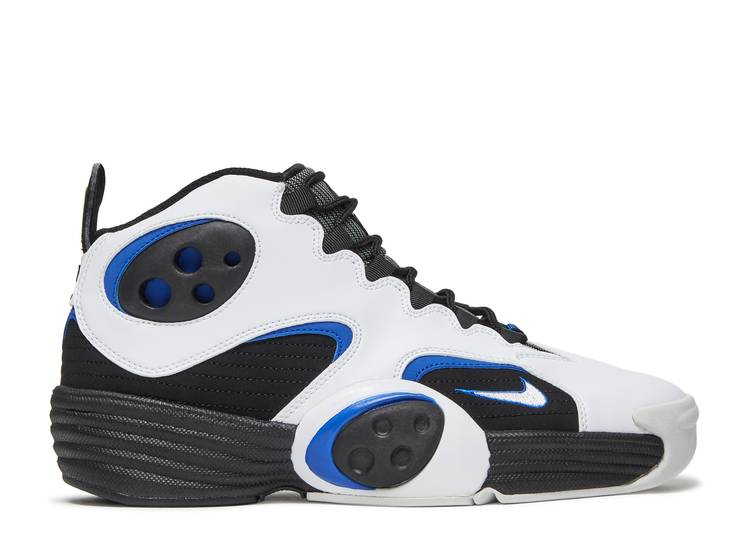 Reaching into its basketball vault, Nike brought back the Air Flight One in a fimiliar colorway. A 2012 release, the Air Flight One NRG 'Orlando Magic' pays tribute to Penny Hardaway, the Orlando Magic star who wore the silhouette before eventually getting his own signature line. The 1990s design features the Magic's white, black and blue look, with its defining podular inserts giving it a retro vibe. The '1' on the heel tab serves as another callout to Penny.