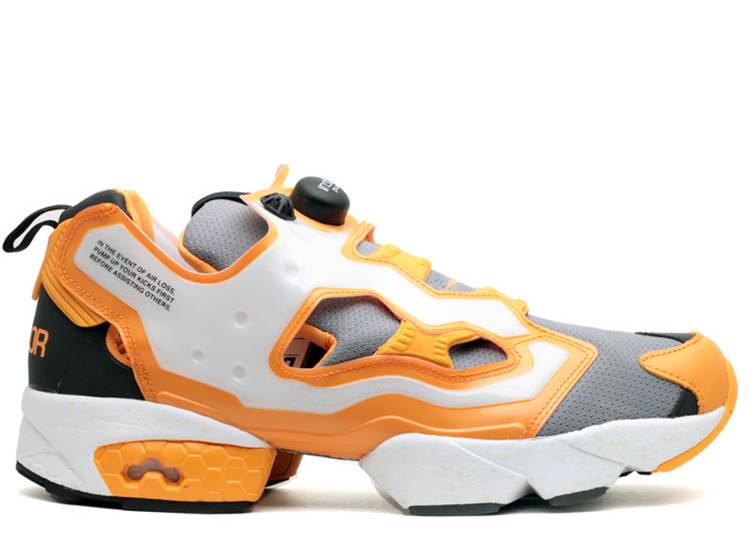 Releasing for the silhouette's 20th anniversary, the InstaPump Fury OG 'Major' is the result of a collaboration between Reebok and Washington, D.C., streetwear boutique Major. Inspired by the emergency oxygen masks found on airplanes, the shoe's Fog Grey mesh upper is overlaid by a white inflatable cage with an orange outline. The glow-in-the-dark accents are modeled after the light strips found on a plane cabin's floor, while the heel has instructions to pump up the shoe 'in the event of air loss.' The heel sports Major branding on the heel.