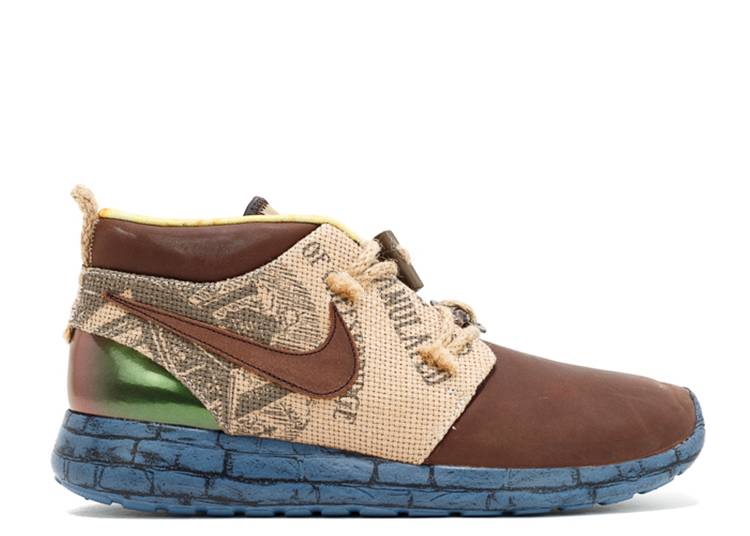 Nike and Laika, the animation studio co-founded by Phil Knight, collaborated on the Roshe Run Trollstrike 'Boxtrolls,' which released in connection with the studio's movie The Boxtrolls. The upper utilizes rugged materials, including a burlap-style material and rope laces, to create an aesthetic in line with the film. An iridescent heel counter adds color and support, while the shoe released in special edition packaging. Proceeds from the shoe's original run went to the Adoption Excange Association.