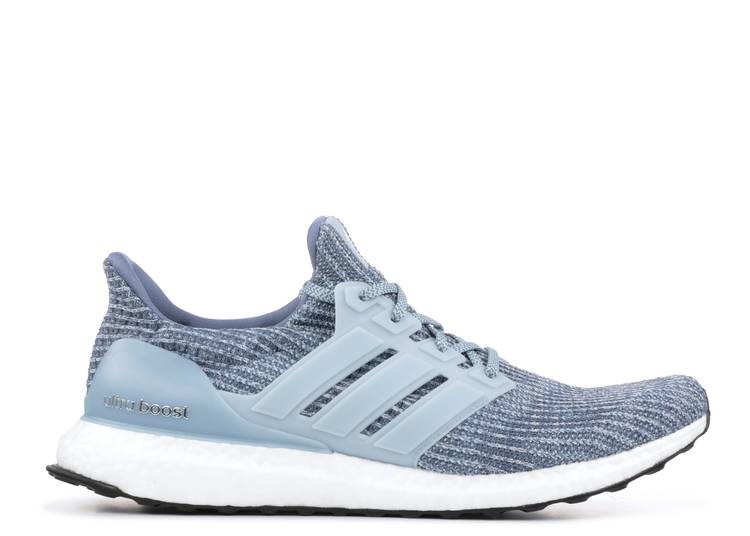 adidas’ Boost technology, created in collaboration with major chemical company BASF, can reportedly withstand 3x the temperature of a traditional EVA sole, so it’s no surprise that it’d become coveted among runners. Equipped with that cushioning in its midsole, the UltraBoost 4.0 also features a breathable Primeknit upper. This listing is for the ‘Ash Grey’ colorway, which dropped in March 2018 alongside three others.