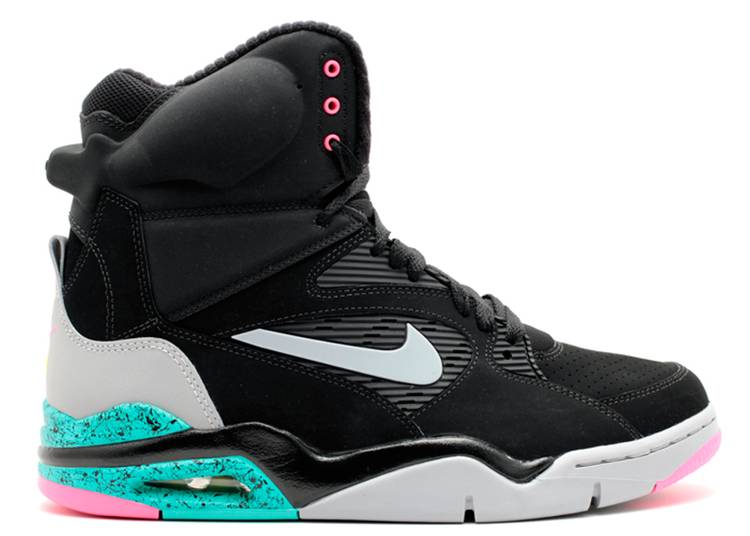 Making its return in 2014, the very-high-top build of the Air Command Force ‘Spurs’ is designed as a tribute to David Robinson’s storied career, most notably his run as one of the most dominant players of the 1990s. As a result, the colorway draws from the San Antonio Spurs jerseys of the decade, with a primarily black look accented by Hyper Jade and Hyper Pink on the midsole, outsole, eyelets and ‘Force’ branding. The oversized build features an internal pump system for a customizable fit.