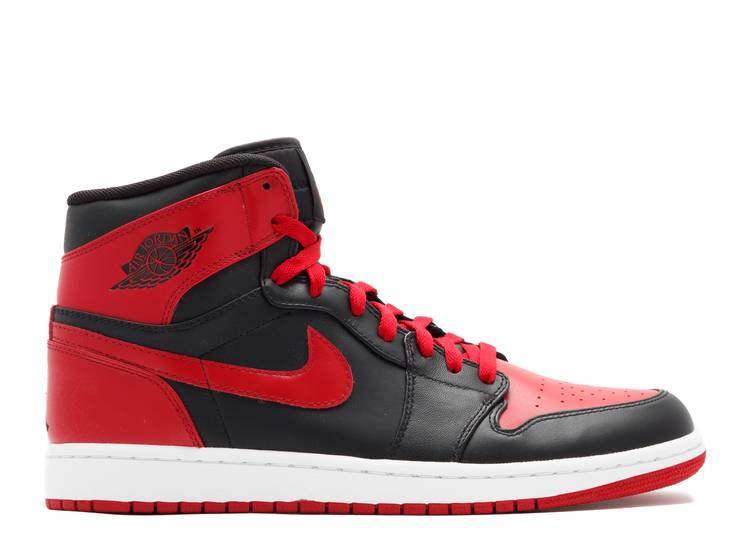 On April 20, 1986, in an NBA playoff game against the Boston Celtics, Michael Jordan racked up 63 points, setting a postseason record. In 2009, Jordan Brand recognized the accomplishment by introducing an Air Jordan 1 pack alongside a Celtics-themed iteration. Half of the 60+ Pack, the 'Bulls' pair features an upper of black and red leather and a Jumpman emblem on the heel. On the bottom of the tongue, the date Jordan put up the 63-point record appears.