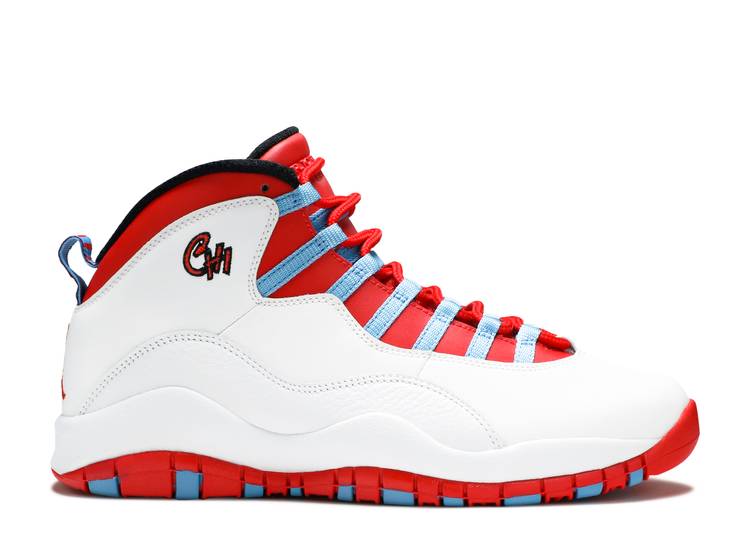 The Air Jordan 10 Retro 'Chicago', known as the 'City Flag' colorway, is part of Nike's 2016 Jordan 10 'City Pack' collection. Select towns got an individual colorway inspired by the sporting heritage of the city, and that colorway was only accessible in that specific location. The first Jordan 10 'City Pack' debuted in 1995, with a retro launch in 2016. New York, Los Angeles, Charlotte and Chicago received their own colorway for the 2016 release. The representation of Chicago in the 2016 'City Pack' was influenced by the flag of the city.