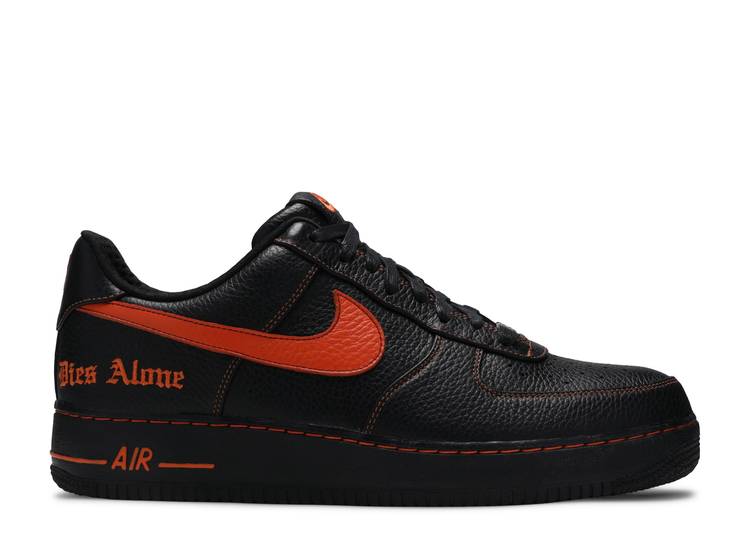 Released in 2017 at a pop-up in Harlem, New York, the Vlone x NikeLab Air Force 1 'Vlone' originally debuted at ComplexCon 2016. Sporting a black tumbled leather upper, the shoe is highlighted by orange hits on the branding, which includes the usual Swoosh, but also a 'V' on the heel patch and 'Every Living Creatures Dies Alone' across the heels. Contrast stitching throughout is also finished in orange.